The Courage to Actively Care by E. Scott Geller and Bob Veazie

A book review by Matt Harris

Summary of The Courage to Actively Care

The story of “The Courage to Actively Care” follows Joanne Cruse, the Safety Director at a large company. Joanne had implemented the strategies of behavior-based safety (BBS) to create a safer work environment for all employees at her company. In Joanne’s eyes, and from the objective injury-prevention results, her strategies were working, and the factory had become a safer work environment. However, trouble occurs when Joanne’s boss, the tough-to-please Bob Pillar, notifies Joanne that the results of her new program are not up to his satisfaction; and as a result, he and his colleagues have lost their bonuses. Pillar informs Joanne that if she does not find a way to solve the problems created by her program, she will be fired. 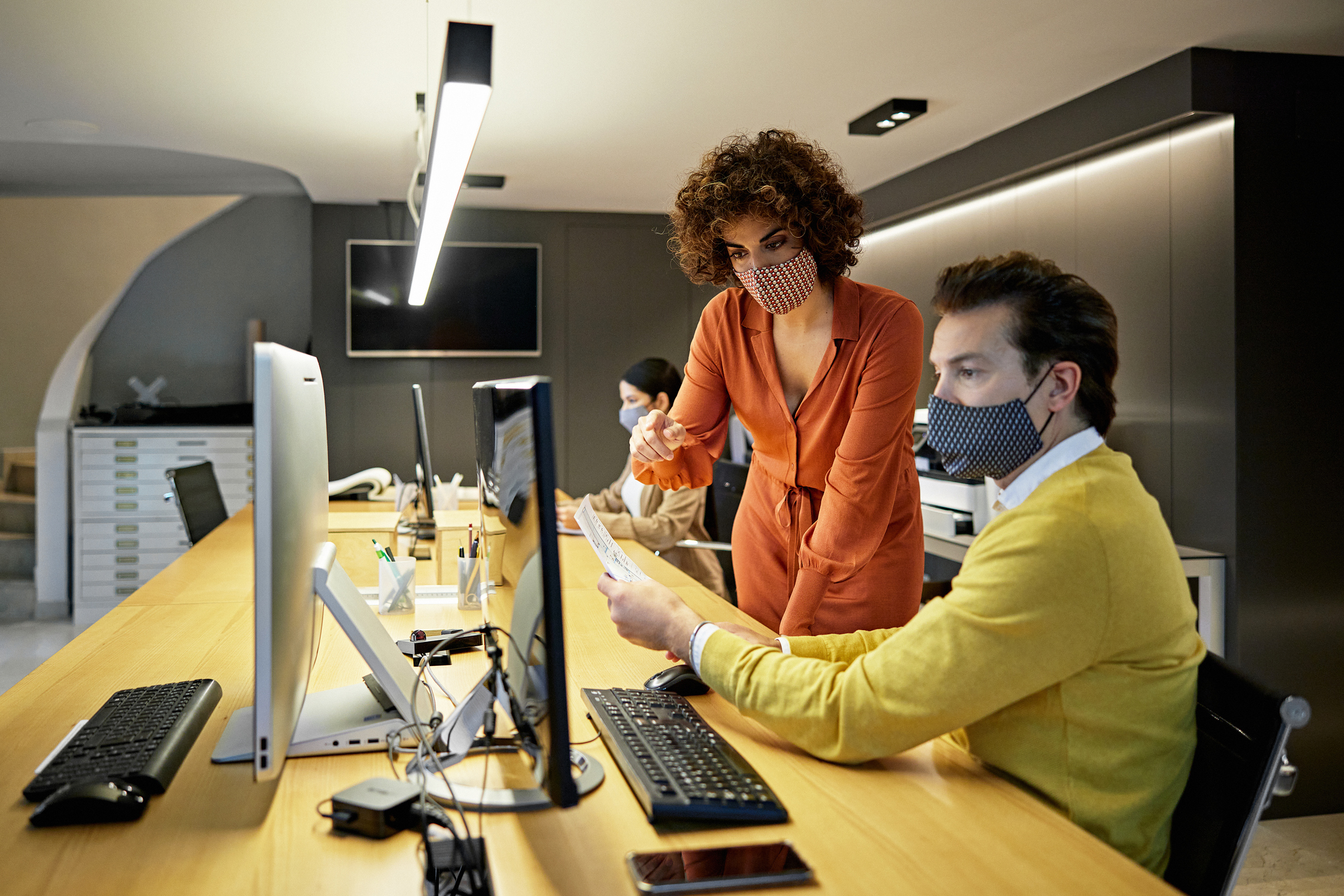 Pillar tells Joanne to reach out to Jeff Snyder, the former Quality Program Director, for help remedying the issues with the BBS program. After meeting for lunch, Joanne and Jeff agree that the issue is not the BBS program, but rather Pillar’s lack of empathy and ability to understand Joanne’s program and her point of view. Joanne and Jeff are unsure of how to move forward when they have a chance encounter with Dr. B.F. Pitz, a former college professor of Joanne’s and a prominent behavioral psychologist. Dr. Pitz invites the pair to a conference at which he is speaking the next day, which Joanne and Jeff agree to attend. 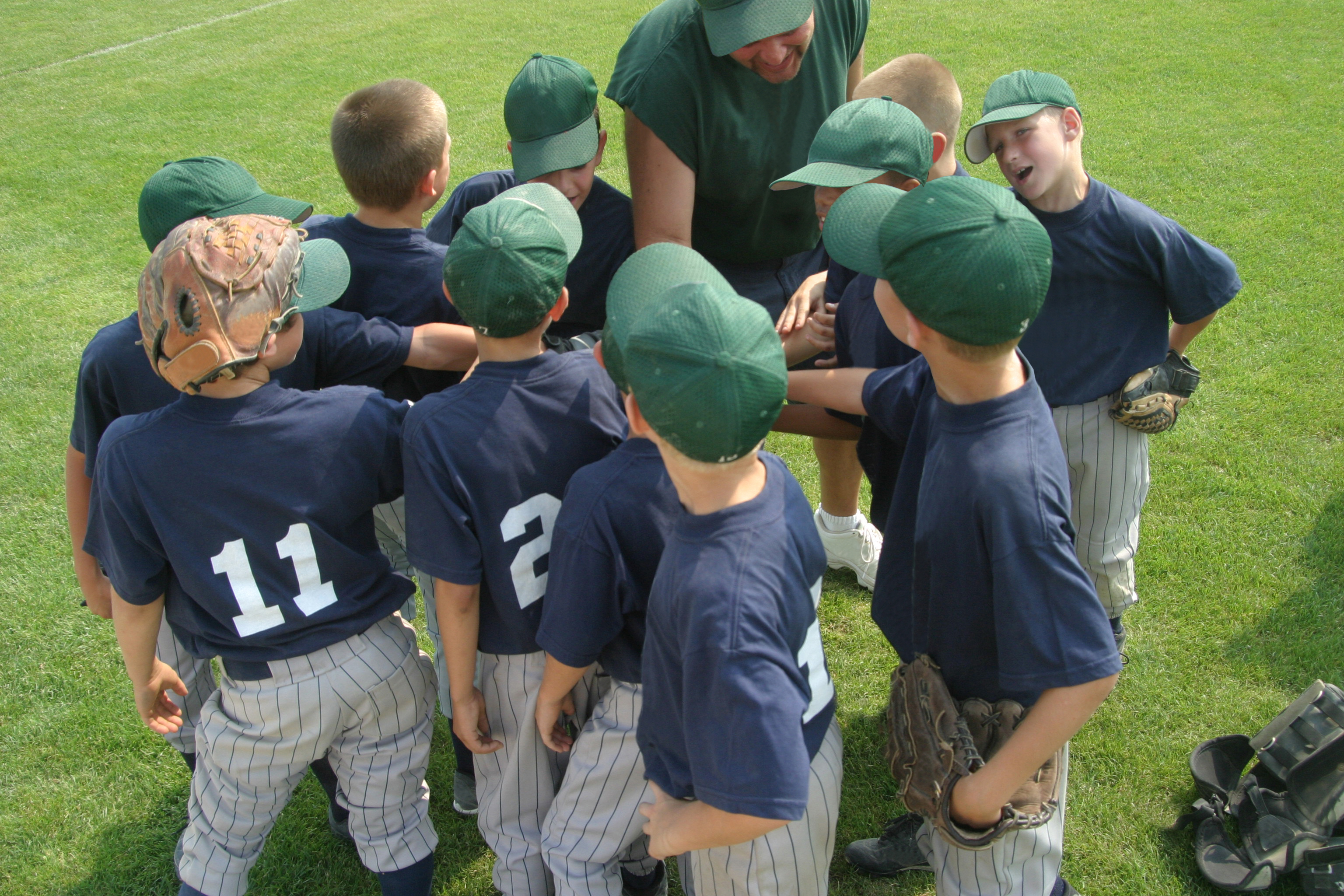 After their lunch, Joanne attends her son’s baseball game where she overhears the coach giving a motivational speech to the team. During the speech, the coach talks about the Oregon State baseball team and explains how they epitomize a concept known as the three Cs. The three Cs are competence, commitment, and courage; and when an individual or a group possesses these three Cs they will be empowered to work to the best of their ability. After the game, Joanne and her Son add a fourth C-word, compassion, which they believe is essential to a group working to their full potential. 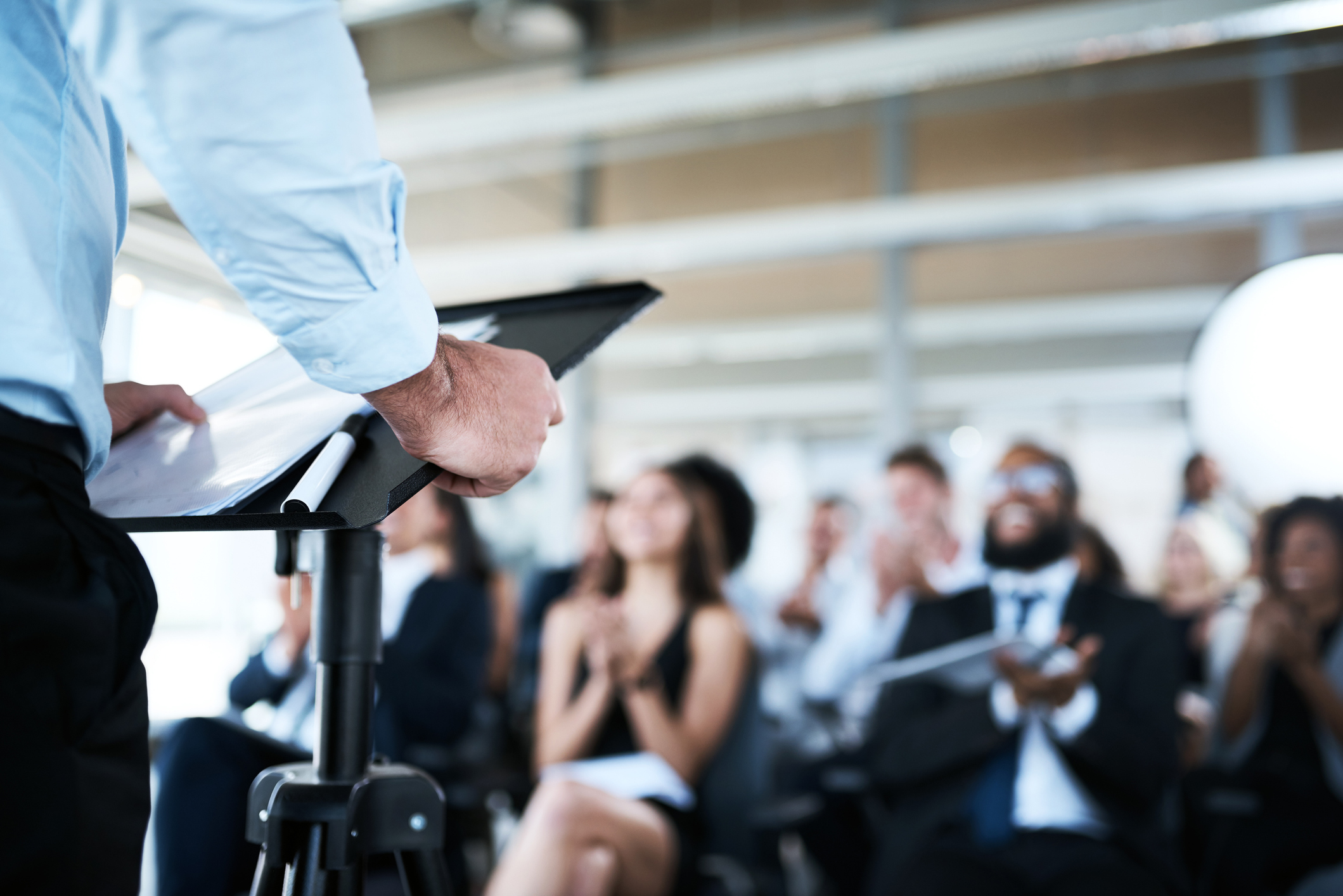 The next day Joanne and Jeff attend Dr. Pitz’s conference keynote where he discusses the five person-states of Actively Caring for People (AC4P)—evidence-based principles proposed to cultivate a culture where people go beyond the call of duty to actively care for each other. After the presentation, and with the counseling of Dr. Pitz, Jeff and Joanne decide they must confront Bob Pillar, using the four Cs and the AC4P principles. This plan proves to be successful as Pillar finally begins to listen to Joanne’s point of view and agrees to work with them. With the AC4P principles and the four C’s, Joanne and Jeff were able to change Pillar’s mindset and cultivate a working relationship that not only benefited them individually but the company as a whole.

Analysis of The Courage to Actively Care 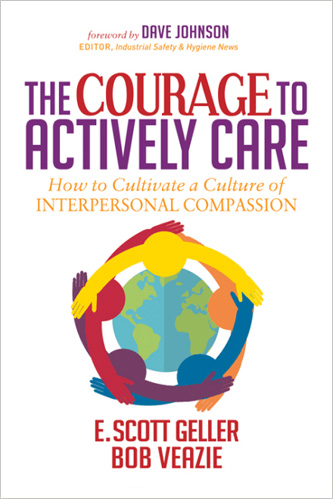 “The Courage to Actively Care” is a powerful story of the impact that our actions can have on those around us and our culture as a whole. Coauthored by E. Scott Geller and Bob Veazie, this realistic novel employs principles of behavioral science that have been obtained through extensive research in psychological science. Dr. Geller is a renowned behavioral psychologist who has spent much of his career developing the principles behind the AC4P Movement. The mission of the AC4P Movement is to cultivate a culture in which people not only care for others but act on their caring. “The Courage to Actively Care” is effective in displaying the benefits of AC4P and the four Cs, as well as showing that courage is an essential aspect of cultivating meaningful interdependent AC4P relationships.

The authors incorporate the values of AC4P in this novel with “four Cs” and five person-states. The four Cs are Courage, Commitment, Competence, and Compassion. When an individual or a group of individuals experiences these four Cs, they will feel empowered to work to the best of their ability to develop an AC4P culture of interdependence.

This realistic novel also introduces five person-states that facilitate AC4P behavior—self-esteem, belongingness, self-efficacy, personal control, and optimism. Each of these AC4P person-states is interconnected, mutually influences behavior, and relates to one central person-state—courage. Individuals who are competent and committed and possess high levels of the aforementioned person-states act with courage to help those around them. These person-states and the four Cs connect to the larger theme of this book—the role of AC4P in cultivating a culture of courage, caring, and interdependence. 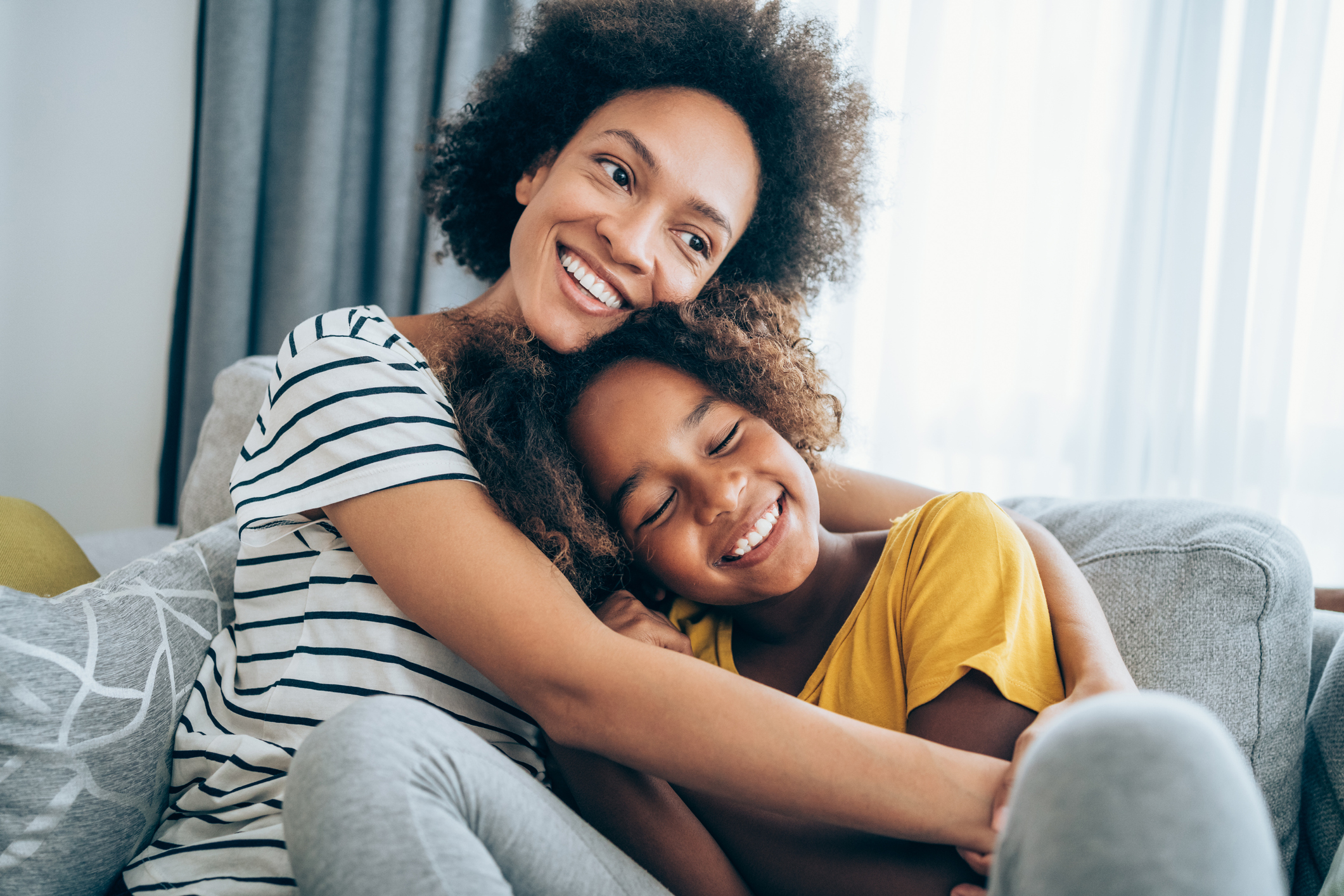 Most people care about others, but they don’t always possess the courage to act on that caring and to interact with another person with compassion. In the story, Joanne was successful in her meeting with Pillar because she had the courage to interact with him in an empathic and compassionate manner. She displayed the courage to actively care. The principles of AC4P are also shown in the story of the Oregon State baseball team, who win the college baseball championship through the application of the four Cs and the AC4P principles.

Dr. Geller has demonstrated through “The Courage to Actively Care” and his 50 years of research in psychological science, that the principles of AC4P are essential to developing cultures of interdependence and interpersonal compassion. Geller and Veazie’s novel illustrates the special practical value of the AC4P principles and the four Cs, as well as the importance of courage to perform AC4P behavior.

Joanne's adventures throughout the novel show how she develops the courage and the understanding to avoid animosity in her meeting with Bob Pillar, but rather with compassion and empathic understanding. The reader learns these valuable life lessons alongside Joanne as the realistic page-turner unravels. While readers learn the benefits of these AC4P principles for Joanne, they imagine the many ways they can apply these life lessons for their own benefit.

The story portrayed in “The Courage to Actively Care” is enjoyable and extremely valuable for all readers, no matter their background. The written expression is captivating, grabs the readers’ attention, and keeps them engaged until the very end. The characters of the story are easy to relate to, and you will find yourself empathizing with Joanne and her struggle with Bob Pillar. However, the lessons of AC4P are the true value of this novel. Readers can use these life lessons to improve their current relationships with others and develop new relationships built on compassion. Bottom line—“The Courage to Actively Care” is a true-to-life story that is not only entertaining but also instructive, with invaluable life lessons that benefit the lives of all readers who practice them. AC4P with Dr. Scott Geller 019 - 7 Lessons to Influence Others to Actively Care