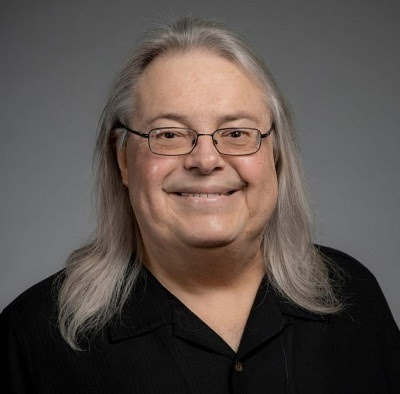 We are so pleased that Florida Tech School of Behavior Analysis announced to its readers that ABA Technologies, Inc., under the leadership of Jose Martinez Diaz, has given over $2 million over the last eight years to the School of Behavior Analysis (SOBA) and the Scott Center for Autism Services. A significant driver of ABA Tech continues to, as from the beginning, recognize and support students and faculty in the study and dissemination of behavior analysis.

ABA Technologies, Inc. is proud to carry on this tradition. During the coming years, we will continue to focus on SOBA with generous financial support. In the future, we will develop new ways to distribute funds to programs and students in need. José set up a system like very few people I have known that ensured that this Company would always give back to pay it forward! Here’s to José and his excellent modeling for us all.

MELBOURNE, FLA.– ABA Technologies, Inc. has given $2 million over the years in support of students in Florida Tech’s School of Behavior Analysis and the Scott Center for Autism Treatment. ABA

Technologies, Inc. was founded by Jose Martinez-Diaz, Ph.D., BCBA-D a respected and popular faculty member who launched the university’s first applied behavior analysis program and later started its School of Behavior Analysis. He passed away Sept. 21, 2020, from diabetes complications.

The Company’s generosity was important to Jose, both to give back to the university that played such a key role in his life and to assist students with financial need and a passion for behavior analysis, said ABA Technologies, Inc. CEO & President, Darnell Lattal, Ph.D.

Jose was born in Cienfuegos, Cuba, in 1950. His father was part of the business leadership in his community. Jose grew up surrounded by a family interested in understanding the wider world beyond their hometown. This was reflected most clearly by his father’s collection of music of all genres. Jose would later develop his own passion for music.

As a child, Jose was deeply concerned about the treatment of a neighbor classified as ‘loco,’ or crazy, and realized that he, too, was misunderstood and isolated as a child. These were significant factors in shaping his life. His strong empathy led to a lifelong desire to help others.

Jose also witnessed the violent upheaval in Cuba when Castro came to power. His family lost everything they owned, and, at the age of 11, he immigrated to the United States with his sister and a single suitcase. They stayed with relatives in Miami until his parents were able to leave Cuba months later and join them.

He began his education in America speaking little English, yet he excelled in all things academic. Jose eventually embraced applied behavior analysis as a compassionate and effective science-based strategy to make a difference. He spent the entirety of his professional career pursuing excellence in this chosen field.

In 1998, he came to Florida Tech and soon established the first degree-granting master's program in behavior analysis. Later, he launched a Ph.D. program and what would become a fully accredited School of Behavior Analysis within the College of Psychology and Liberal Arts. He also assisted in the creation of the Scott Center for Autism Treatment at Florida Tech.

Jose served on multiple professional boards at the state and national levels. His passion, service, and inspirational teaching across his career were recognized with lifetime achievement awards and other acknowledgments.

ABA Technologies, Inc., through Jose, provided significant financial support to the School of Behavior Analysis and the Scott Center in partnership with Florida Tech. This dedicated charitable giving has gone on for over a decade, a tradition that his wife, Danette Onstott, and their three sons, along with the dedicated team at ABA Technologies, are honored to continue.

About Florida Institute of Technology

Florida Tech was founded in 1958 at the dawn of the Space Race that would soon define the Atlantic coast of Florida and captivate the nation. Now the premier private technological university in the Southeast, Florida Tech is a Tier 1 Best National University in U.S. News & World Report and one of just nine schools in Florida lauded by the Fiske Guide to Colleges. Florida Tech is ranked among the top 5 percent of 20,000 degree-granting institutions worldwide in the 2020-21 World University Rankings and has been named a Top College and Best Value University for 2019 by Forbes. Florida Tech offers bachelor’s, master’s, and doctoral degrees in aeronautics and aviation, engineering, computing and cybersecurity, business, science and mathematics, psychology, education, and communication. Learn more about our relentless pursuit of greatness at floridatech.edu.