Have you ever heard a paper presented at a conference or elsewhere about research with rats or pigeons, and it seems like the findings might be helpful in working with your clients? But then you wonder, is there really a connection between the two? How do people know if a basic behavioral process applies to what we are observing with our clients?

Sometimes we can establish a real connection between the two, and sometimes we can’t. In the latter case, though, it may be useful to think about the possibility of a connection, even if we can’t prove it.

We use different labels to describe these real or maybe not-so-real connections between basic behavioral processes and things we see in everyday life. Anyone who took a course in English composition in college learned about metaphors (heart of gold) and similes (“My love is like a red, red rose”), which are ways of saying that one thing is like something else, at least in some ways. But in such cases, the connections aren’t “real” even though they may be useful. Skinner’s example of superstitious behavior in pigeons could be an example. He likened the stereotyped behavior patterns of pigeons when reinforcers were delivered independently of their responding to human superstitious behavior. They may well be similar, but Skinner extrapolated from the lab to life with this example, with little corroborating evidence other than anecdotal. 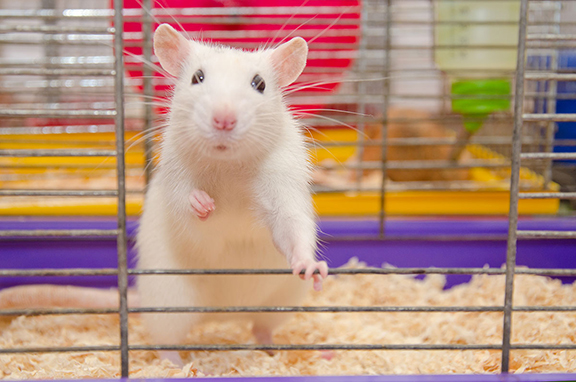 Another way of getting a concept out of the laboratory and into life is by analogy. In courses in cognitive psychology, we learn that the human mind operates like a computer. The mind, then, is analogous to the computer. It is definitely on the metaphorical end of things, but again, in many circumstances, it may be a useful way to use what we have learned about computers to help us understand at least some aspects of human behavior. Such analogous thinking also allows us to generate questions such as, “Well, if a computer can do this, can a human?” or “If a computer solves the problem like this, is that also how the human solves it?” Sometimes we hear about “models” of behavior, as in laboratory models of autism. A model has many of the characteristics of an analogical or metaphorical extension but is maybe a little more precise in identifying similarities between the behavior in laboratory and outside-the-lab settings.

A final way of getting from laboratory research to behavior in everyday life is with what B. F. Skinner once called “generic extension.” A generic extension is one in which we show that behavior in the natural setting is controlled by the same variables as it is controlled by in the laboratory. Is, for example, cooperation between two children on the playground controlled by its consequences in the same way that its consequences control cooperation between two pigeons in the lab? If, for example, cooperation in both settings vary as we vary the frequency or schedule of reinforcement, we can assert with some confidence that the two instances of cooperation are indeed of the same “stuff.” If not, then we should be careful about asserting a similarity between them.

Practitioners rely on good translations of basic learning phenomena into their practical applications. Some argue translation is the sole reason for the basic science; (full disclosure dictates that I tell you I am not one of these people). Such translation is important, however, for all behavior analysts. It is equally important to be careful in how you translate, and how you justify and use your translations. But I Didn’t Know I Had the Authority

Engaging in a Time of Non-Engagement
A few days into the “home-isolation” policy during the Coronavirus outbreak of 2020, David, one of…