How Can We Improve Our Dissemination Skills in Behavior Analysis?

To individuals who are unfamiliar with or are not fluent in behavior-analytic terminology, the language can seem displeasing and off-putting. Many technical terms used in the science have a very different meaning than their everyday use and may even have a negative connotation. Behavior analysts emphasize the importance of dissemination, but if we aren’t communicating in a way others will listen to and understand, who are we really disseminating information to?

From a behavioral perspective, behavior always has a function or a reason why specific behaviors are occurring. When we select words to disseminate information, we should choose the words that will have an impact on the listener, not on us. If our behavior-analytic language is not achieving buy-in from the public, then our verbal behavior is not functioning as effective dissemination, and we need to change how we speak about the field and our practices to achieve that buy-in. 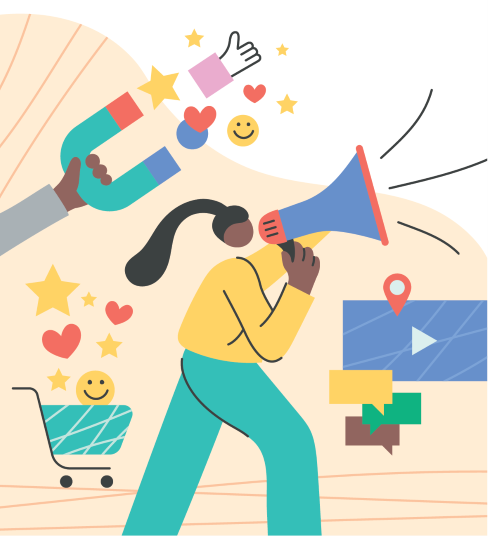 We have a marketing problem.

In any field, if you want others to understand what you do as a professional, you’re going to explain it in simple, user-friendly terms and behavior analysis is not exempt from this. The language we use has a large impact on the people we say it to, and if we want to market behavior analysis as a useful and socially valid science, then we need to change how we talk about it.

In graduate school, students are expected to learn and use the technical terminology which is appropriate when interacting with academics and colleagues. The technical language is drilled into students so that they can write and speak this language proficiently. However, when students graduate, they will likely interact with many people who are not proficient in this language (e.g., parents, teachers, managers) and these people will most likely not care for the language we use. To lay people, some of our jargon (e.g., negative reinforcement, radical behaviorism) can be commonly misunderstood or even have a completely different meaning to them (Lindsley, 1991).

Several studies have evaluated the social validity of our technical jargon. One of those studies conducted a survey which compared six pairs of behavior-analytic terms and their non-technical substitutes. The study surveyed MTurk (Amazon Mechanical Turk) users who were mostly unfamiliar with the field of behavior analysis. The results were five out of the six non-technical terms were found to be more acceptable than the technical term (Becirevic et. al., 2016). Reinforcement was the only technical term found to be more socially acceptable than its non-technical counterpart, incentivizing. Although only six terms were sampled, the majority of those words were deemed less acceptable by the public. But why? Some possible answers are that people are less familiar with the technical terms, the terms may seem cruel, or have awkward phrasing. Below is the list of the technical terms and their counterparts:

It is vital that behavior analysts consider the social validity of the terms being used. In the same way that we evaluate the social validity of our research methods and applications of behavior-analytic procedures, we should also evaluate our behavior-analytic terms. This is especially true when behavior analysts collaborate with non-behavioral professionals because to communicate effectively, there should be mutually acceptable terms that both parties can understand (Becirevic et al., 2016).

Critchfield et al. (2017) also surveyed MTurk users and had users rate their emotional responses to different terms that were divided into four categories.

Some of the words (i.e., chaining, discrimination, and extinction) can come off as harsh which can make marketing our field difficult if people view our field negatively.

Critchfield (2017) depicted a visual map of the technical jargon and the associated words. Critchfield found that some jargon are associated with words that bring about strong, negative emotional responses (e.g., discrimination, punish, and extinction). This map shows that the language we use isn’t the most user-friendly at times, but that doesn’t mean we should never use the technical terms, only that we should know when to use them.

If you were to go see a doctor and they diagnose you, they will likely say the technical name of your diagnosis, but they will also likely provide you with an easy-to-understand term as well. However, if the doctor were talking to a nurse or a fellow doctor, they would likely only use the technical term. 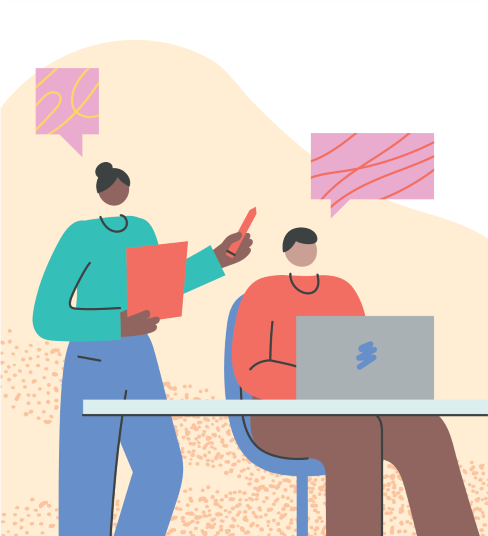 When speaking with colleagues, it is acceptable to speak using technical terms because both parties have a mutual understanding of those terms, but when behavior analysts try to disseminate information to a lay audience, it’s best to stay away from the jargon.

We need to know our audience and how our behavior affects them, including our verbal behavior. If you know teachers won’t respond well to hearing that you will be using a chaining procedure on their students or that managers won’t like the idea of using negative reinforcement, then don’t say it that way. Speak behavior analysis in a way that the listener will understand your point. It’s more effort to try and understand behavior-analytic jargon if you’re unfamiliar with it, meaning others’ behavior most likely won’t change if the response effort is too high.

Ultimately, the results will mean more than the name of a procedure. When consumers see that an intervention worked, they probably won’t care if it was called a chaining procedure or breaking down a task into smaller, teachable steps. However, another aspect of dissemination we have to keep in mind is what we talk about. The traditional scientific approach to writing identifies a problem and provides information on its relevance, then reports on how others have studied the problem in other instances, but this “buries the lead” when people simply want to know if the intervention works (Detrich, 2018). Discussing the controlling variables and consequences for intervention will eventually occur, but when you’re trying to market behavior analysis, you may want to talk about the results first (e.g., this intervention was able to reduce production costs by 65%).

These soft skills needed in behavior analysis are not always formally taught, but this doesn’t mean they shouldn’t be learned. If we learn to change how we speak about our field, we can reach a wider audience because behavior analysis is for everyone, not just for clinical practitioners or OBMers.

Behavior analysis can be useful to everyone.

Much of the dissemination efforts are often in the form of publications in scholarly journals and presentations at conferences, but behavior analysis has a wider range of audiences that it can appeal to (e.g., educators, policymakers, physicians). Although it’s more common for behavior analysts to be the ones reading articles in these journals, such articles are not always accessible nor understandable to everyone else. The technological language can limit our attempts to share valuable information. 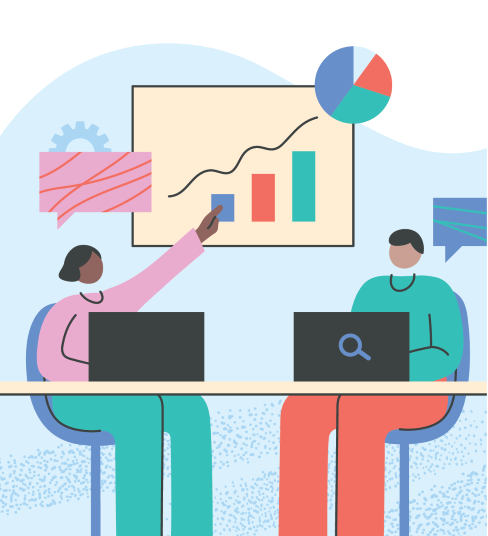 Learning to effectively disseminate information can be difficult especially when it comes to choosing the right language, but this takes practice like any skill (Critchfield, 2014). If we framed our science in a way that everyone could understand it, then more people could potentially benefit from it. Detrich (2018) recognized that not everyone is persuaded by pure data, but that thinking is an easy trap to fall into. If increasing the acceptance and adoption of our science is a goal of behavior analysis, then we must frame it in a way that caters to the masses.

So how does one begin to learn the skill of effective dissemination? For some, it may begin early in their work training, but for many, it likely begins during graduate training. This is why teaching this skill should be a priority for behavior analysts who are training others to become behavior analysts. So how can faculty and supervisors facilitate this learning in students? Some learning opportunities include the following:

Learning to speak behavior analysis without using technical terms will take some practice and although there is value in learning the technical language used amongst colleagues, there is more value in having acceptable language when speaking to others. If we want to expand the field of behavior analysis to be more widely accepted, then we need to learn not only how but when to use non-technical language. 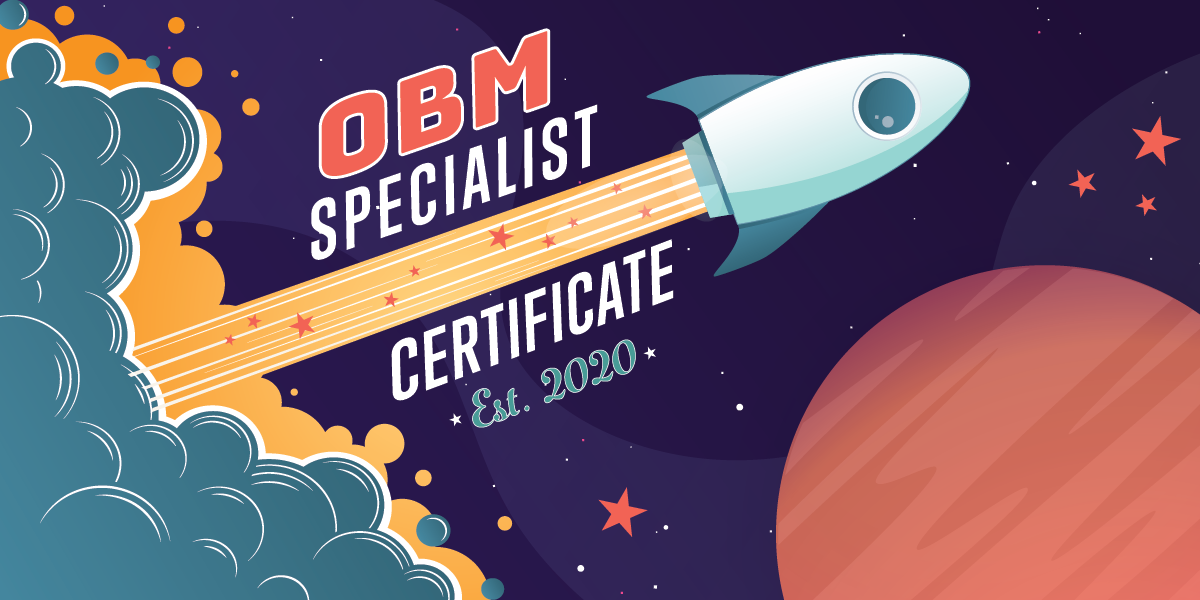