In a recent piece in the New York Times titled, “You Don’t Want a Child Prodigy: What ‘Roger’ Dads do Better Than Tiger Moms Ever Will” by David Epstein, the author weighs the relative merits of raising children as “specialists,” focusing on one skill at which they excel, as in musical and sports prodigies, or as “generalists,” what I would call “reinforcer samplers,” dabbling in this and that. To cut to the chase, the author of the piece advocates for “samplers,” or what he calls “generalists.”  The way the piece is presented it sounds like the parent is calling all the shots, which is never the case. It seems trite to observe that, for reasons biological and environmental, children find some things satisfying and enjoyable and other things less so. For example, a child with poor coordination and low energy is unlikely to end up captaining the high school soccer team, no matter how much effort a parent puts into it. This kind of misguided effort reminds me of a card someone once sent me with a picture of a flying pig on the cover and the words, “You can’t teach a pig to fly.” On the inside, it announced, “You just frustrate yourself and piss off the pig.” Some children from an early age appear to know the direction they wish to take and set out to make it happen. Others are less focused and may indeed engage in reinforcer sampling. Both groups of children need parental encouragement and support. The author errs, however, in implying it is the parents who are responsible for their children specializing and generalizing. It is instead a migliorative process with input from parents and child contributing to the outcome. 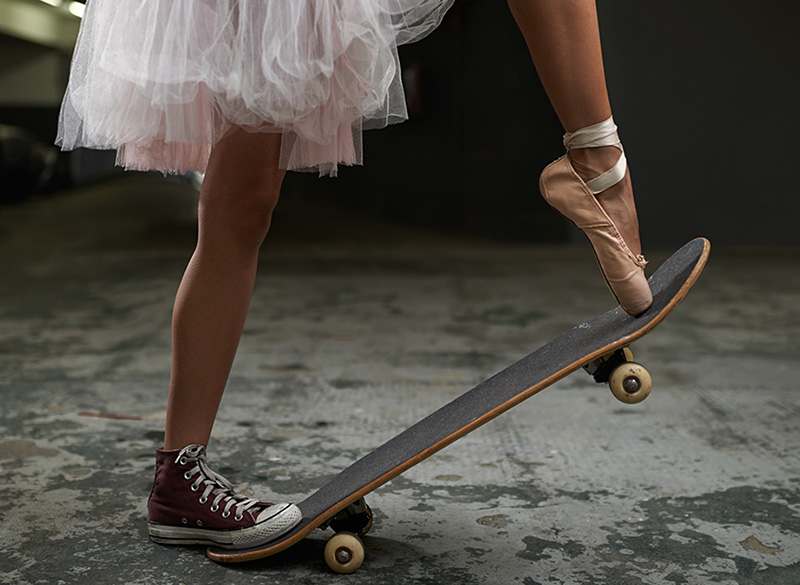 One problem with a focused early life may be that when things don’t work out as expected, shifting gears and activities to other things may be more difficult; whereas the generalist may shift more easily. This point was nicely made in a 1988 experiment reported by LeFrancois, Chase, and Joyce in the Journal of the Experimental Analysis of Behavior. The experiment arose from the observation in several experiments that humans don’t show the typical positively accelerated response patterns on fixed-interval schedules that nonhumans do. Groups of college students were trained to respond for points by pressing a button. One group was trained to do so using only a single reinforcement schedule (e.g., a variable-ratio schedule) and the other group was trained to do so under several different schedules all presented in a single session in different orders each session. After this training, all students responded only on a fixed-interval (FI) schedule. The multiply trained students developed characteristic FI scallops, but the singly trained students did not. The authors concluded that “[v]ariety training may . . . be effective in generating sensitivity to changing contingencies,” that is, adapting more readily to new situations than those with more fixed experiences. The results are consistent with another report (Doughty & Lattal, 2001, same journal as above) that variable learned response sequences are less disrupted by change than are stereotyped, repeated sequences.  Like most research, these two experiments raise as many questions as they answer, but their congruent findings suggest that “specialist and generalist childhoods” affect future adaptability and resistance to change as new opportunities, challenges, and responsibilities are thrown into the stream of behavior that we call life. Generalization in Times of Crisis