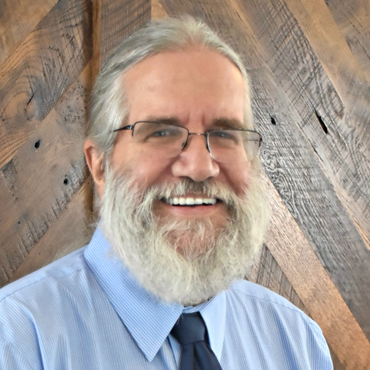 “A behavior analyst walks into a psychiatrist’s office.” This sounds like the beginning of a joke, but it is a scenario experienced throughout the career of most providers of clinical behavioral services. Unfortunately, a behavior analyst who is too quick to say, “Here, doctor, look at these graphs of our client’s behavior!” might get a chilly response, like “Who are you? I don’t have time for this!”

Behavioral pharmacology, an often-overlooked area in the practice of Applied Behavior Analysis (ABA), has been an area of long-term, intense interest for Thomas R. Freeman, senior VP of ABA Technologies, Inc. It is the study of various types, effects, and clinical uses of psychotropic medications. These pharmaceutical agents have a direct, profound impact on the chemistry of the brain, and are prescribed for people who suffer from psychosis, anxiety, depression, mood disorders, and other problems in both their observable behavior and thought patterns. For several decades, these medications have been regularly prescribed for both adults and children diagnosed with ASD (autism spectrum disorder)and other intellectual delays. Many of these individuals exhibit some kind of behavioral disturbance, ranging from ADD (attention deficit disorder) or ADHD (attention deficit hyperactivity disorder) to intense periods of agitation, severe aggression, and even self-injury. Freeman recognizes the positive, clinical results produced by the appropriate use of these medications, but he has also seen them used to excess, without proper monitoring or adequate exploration of other less-intrusive and possibly more effective treatment options. During his 40-year career, Freeman has found that behavior analysts can, and in fact, should play a major role in helping ensure that these medications are used safely, at the lowest effective dose, and for as short a time as possible.

Freeman refers to recent increases in the diagnosis of ADD and ADHD, especially in boys under the age of 17, and the rampant use of medication to treat these individuals.

“Many studies have demonstrated that these medications are used at an alarmingly high rate with individuals diagnosed with an intellectual delay or autism—some studies showing use as high as 75 percent in certain groups,” said Freeman. “Most practitioners of ABA currently work with people who have these sorts of problems, and so we have a special responsibility to become educated and directly involved in this area of treatment. After all, these medications are designed to change behavior, and that is our area of expertise. It’s what we do!” Freeman refers to recent increases in the diagnosis of ADD and ADHD, especially in boys under the age of 17, and the rampant use of medication to treat these individuals.“Interestingly, the peer-reviewed literature indicates that these increases are related to changing attitudes of both parents and teachers toward using medication to address a child’s problems in academic performance, inattention in classroom environments, and common short-term behavioral difficulties which may not be at all related to ADD or ADHD. Sometimes it just seems easier for a teacher having problems in a classroom or a parent having a difficult time with a child at home to turn to medication as a panacea, hoping for a quick and simple fix. There is no bad faith here. They want to make things better but may not be aware of other safer and more appropriate therapeutic options,” he said. 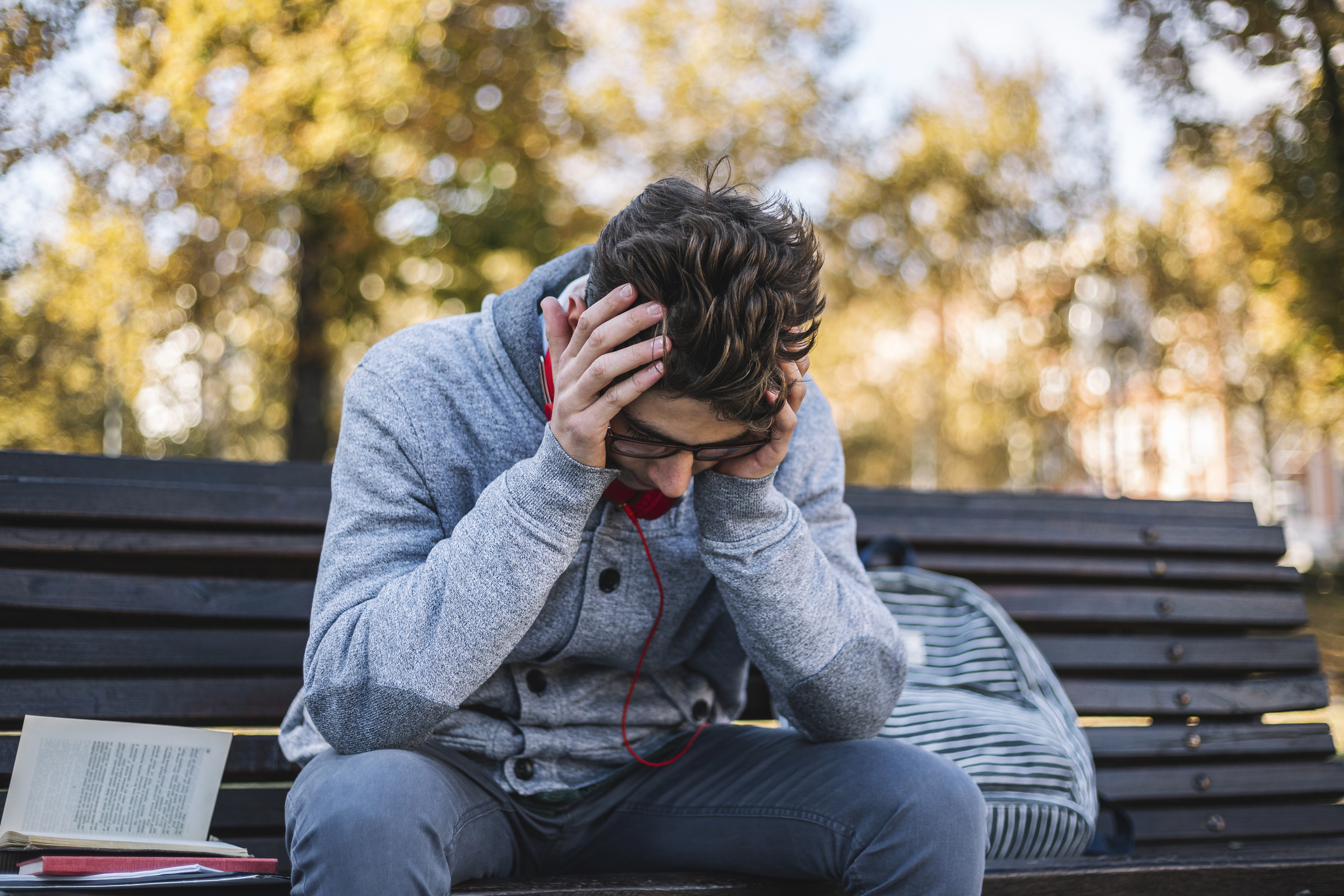 For 16 years, Freeman worked in a large residential institution in Massachusetts that at one time housed more than 2,000 adults with intellectual delays (and likely undiagnosed autism). As a behavior analyst, one of his responsibilities was to sit in on monthly meetings known as “psychotropic drug reviews.” Here, a group of behavioral and medical professionals were mandated to provide ongoing review and evaluation of the effectiveness of each psychotropic medication prescribed for any individual on his caseload. Later, in Florida, as District Behavior Analyst for the state, Freeman was part of a similar interdisciplinary team of professionals that reviewed the full records of particularly challenging individuals who often had complex histories of receiving one or more of these psycho-pharmaceuticals due to their having engaged in disruptive or potentially harmful behavior. The team would make recommendations regarding further treatment with a cross-disciplinary approach. Their work resulted in Freeman’s district achieving the highest percentage of medication reduction in the state in the early 2000s, an accomplishment he attributes to close collegial collaboration and mutual respect.

In 2007, while writing a textbook chapter on ethics in ABA, Freeman began what has become an ongoing review of research literature in medical, psychiatric, and behavior analytic journals on this subject. He has found a broad, cross-discipline consensus that in treating patients with problem behavior, particularly those with some sort of intellectual delay, the best therapeutic approach is the use of applied behavior analysis (ABA) first, before considering adding psychotropic medication to the treatment package.

“Even the psychiatric journals state very clearly that behavior analysis is by far the safer and most likely effective first-line intervention of choice. Meds may turn out to be necessary later, but behavior analysis alone can be very effective, without the risks of short- and long-term side effects common in medication use. For example, certain medications often reduce all behavior in an individual’s repertoire, not just the bad or dangerous behavior. Functional skills can be suppressed, and the individual may find learning new skills more difficult, especially on higher doses of particular meds. We do not have that problem when we utilize well-designed behavior analysis interventions. That being said, some people appear to really benefit from the use of psychotropic medication. In some cases, learning can even be enhanced by a medication that helps an individual remain calm and, for example, handle anxiety or panic attacks. This can allow that individual to focus more effectively, especially in a learning environment,” Freeman stated.

"Assist the doctor in tracking the effectiveness of the medication, based on hard, behavioral data, which in turn will help the doctor determine the minimum effective dose."

When medications are deemed necessary, the behavior analyst’s role is very clear, as far as Freeman is concerned: assist the doctor in tracking the effectiveness of the medication, based on hard, behavioral data, which in turn will help the doctor determine the minimum effective dose. Over time, they can work toward reducing or eliminating the psychotropic medication. “We always want to reduce the likelihood of some of the worst side effects that can emerge over periods of extended use, such as tardive dyskinesia, EPS, akathisia, and dystonia, to name but a few,” he said. Moreover, Freeman points out that certain psychotropic medications are considered a potential contributing factor in adolescent suicides and have even been identified as the cause of death for some geriatric patients (resulting in “black box warnings” from the FDA). The use of these medications requires regular review to determine whether there is an initial and continuing beneficial therapeutic effect. As the need for medication reduces over time, the dosage level should be carefully reduced and perhaps faded out altogether. “When the person’s behavior comes under the control of his or her everyday environment through exposure to new and more effective natural reinforcers, medications may no longer be necessary,” Freeman explained. 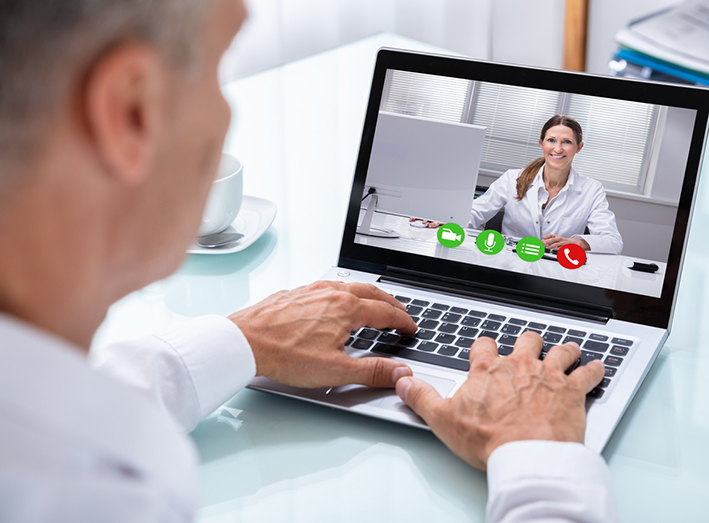 Freeman’s primary goal is to teach behavior analysts how to establish consultative and collegial relationships with prescribing physicians. The behavior analyst can be a vital source of information and help physicians determine the most effective, safest, and least-intrusive treatment. “Unfortunately, I have seen many behavior analysts shy away from this area, saying, ‘Well, that’s what the doctors do, and I shouldn’t be involved.’ My point is that behavior analysts must be involved!” he asserted. Usually, the client must be the one who requests a behavior analyst’s involvement. But from the doctor’s perspective, any “consultant” may be seen as an outsider and potential nuisance. Freeman believes this problem can be solved with a careful approach and recognition of the MD’s ultimate responsibility in the area of medication. “The doctor is responsible for prescribing medication, but we bring important skills to the table. Our clients benefit most when they have a therapeutic team working together toward a common goal,” Freeman advised.

Unfortunately, interdisciplinary teams and regular reviews, such as those required by law in Massachusetts, are not mandated in other District Court circuits around the country. Medications can be prescribed without any monitoring plan. “Some states are like the Wild West,” said Freeman. “Far too often, general practitioners and pediatricians who strive to provide the best treatment possible, prescribe psychotropic medication, but then have no way to track the effect these medications have on the individual in his or her day-to-day environment. This is where the behavior analyst can be most helpful.”

Freeman believes a modest approach is the key: “We are most effective in this work not so much by preaching ABA or telling a doctor what behaviors we think are important to track, but rather by first asking the doctor what information—in the form of hard data—they would like to see. Sleep data? We can provide that. Eating? No problem. Periods of social withdrawal or crying? We can track that too. Then, as the collegial relationship develops, we can begin to introduce additional behavioral data that the doctor has not requested, and possibly even start to discuss plans for medication reduction. But this takes time and the careful building of a trust relationship.”

In presentations to fellow behavior analysts, Freeman discusses the art of communicating with medical professionals. “We’re trying to not only encourage this type of professional behavior but also to provide some ideas of exactly how to go about doing it. Part of this process is for behavior analysts to learn the language used by medical professionals, and to familiarize ourselves with the most important research findings on the use and effectiveness of various medications for various problem behaviors,” he concluded. 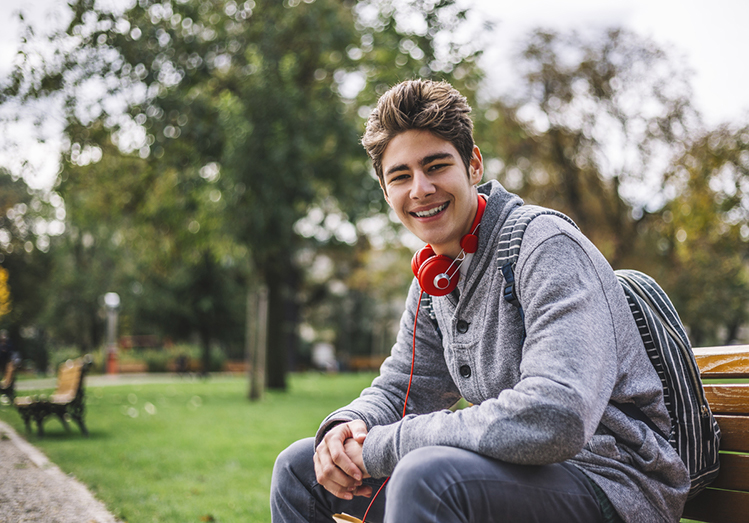 The bottom line, according to Freeman, is that everyone is trying to help and do the right thing. The doctor has the license to prescribe and is appropriately protective of that heavy responsibility, but the behavior analyst can serve as the doctor’s eyes and ears in the client’s daily life, and thus contribute to the best clinical judgment possible. 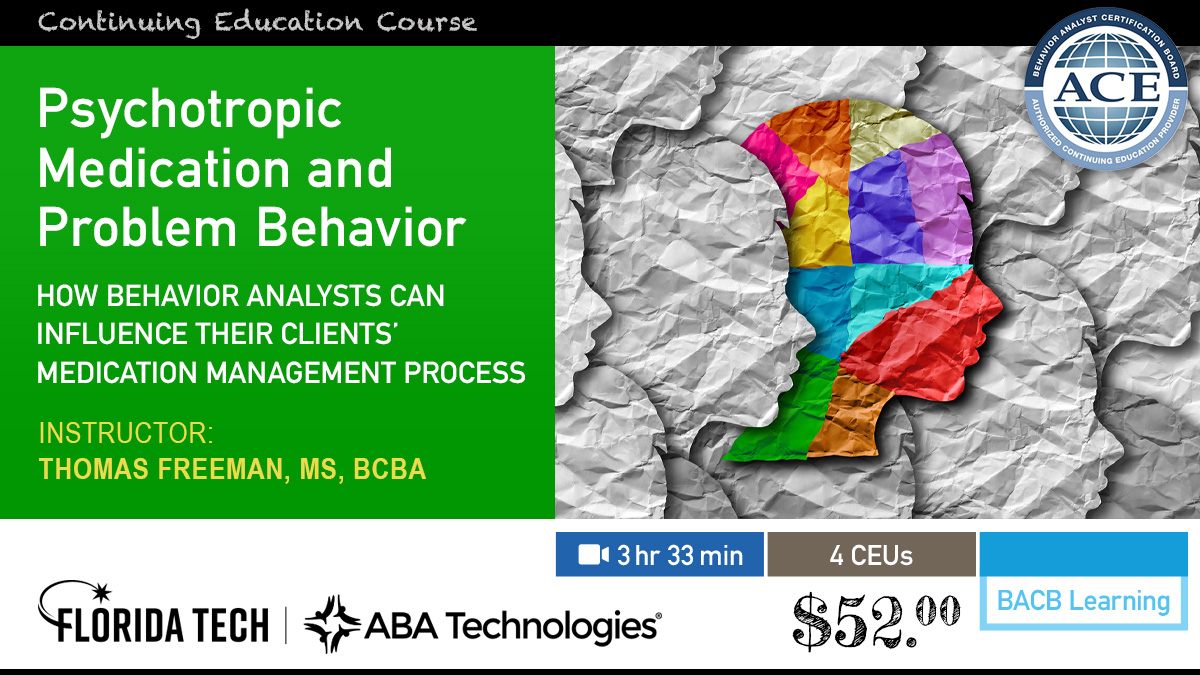 What Does it Mean to Say Ours is “A Science of Behavior?"